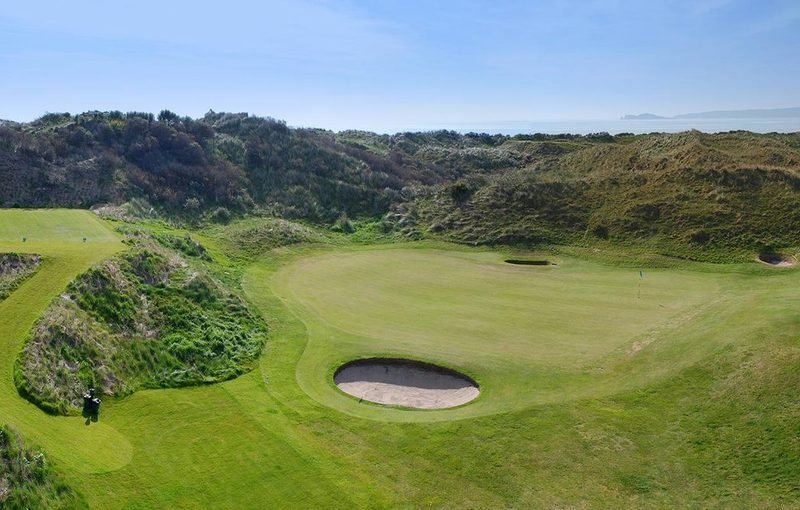 The Island Golf Club is a mere 15-minute drive from Dublin Airport on the coast of North County Dublin. Located across the estuary from the quaint village of Malahide, just north of Portmarnock, this beautiful links course is surrounded by the Irish Sea, Donabate beach and Broadmeadow estuary. Nestling between the highest sand dunes of any links course in Ireland its rugged beauty cannot fail to impress. It is a wonderful links golf course of the very highest calibre, and rates just as tough a test as it's two well known neighbours, Royal Dublin and Portmarnock. As a mark of it's growing reputation, The Island has been selected as the Irish qualifying course for the Open Championship (formerly The British Open) from 2005 through to 2010. In 2004, The Ladies Amateur Close Championship and the European Youth Amateur Championship were hosted at the Island. The Island Golf Club previously hosted the Irish Amateur Close Championship in 1998 and the Smurfit Irish PGA Championship in 1999. Contact us and we would be happy to build a tour for you that includes Royal Dublin, Portmarnock and the Island. A trip that will linger long in any golfers memory!