In 1951 the only British Open Championship ever to be held outside of England or Scotland was played at Royal Portrush. It is a classic links course and should be on every golfers list of courses to play on the Emerald Isle. 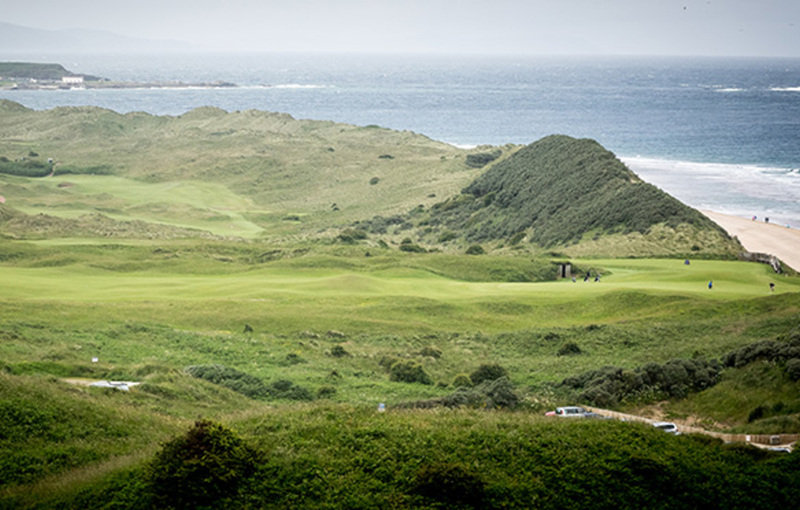 Founded in 1888, the name was changed to The Royal Portrush Golf Club in 1895 with His Royal Highness, The Prince of Wales as patron. The ruins of 13th century Dunluce Castle overlook it, and one of its courses is named after this ruin. The club is famous for the magnificent turf, superb golf holes and breathtaking scenery, and is as fine a links course as you will find anywhere in the world. Fred Daly, who won "The Open", in 1947 at Hoylake was a Royal Portrush member. It was the venue for the first professional tournament played in Ireland in 1895, then in the same year the first Ladies Championships were held. Royal Portrush is one of the many must play classic links courses you should make every effor to play.